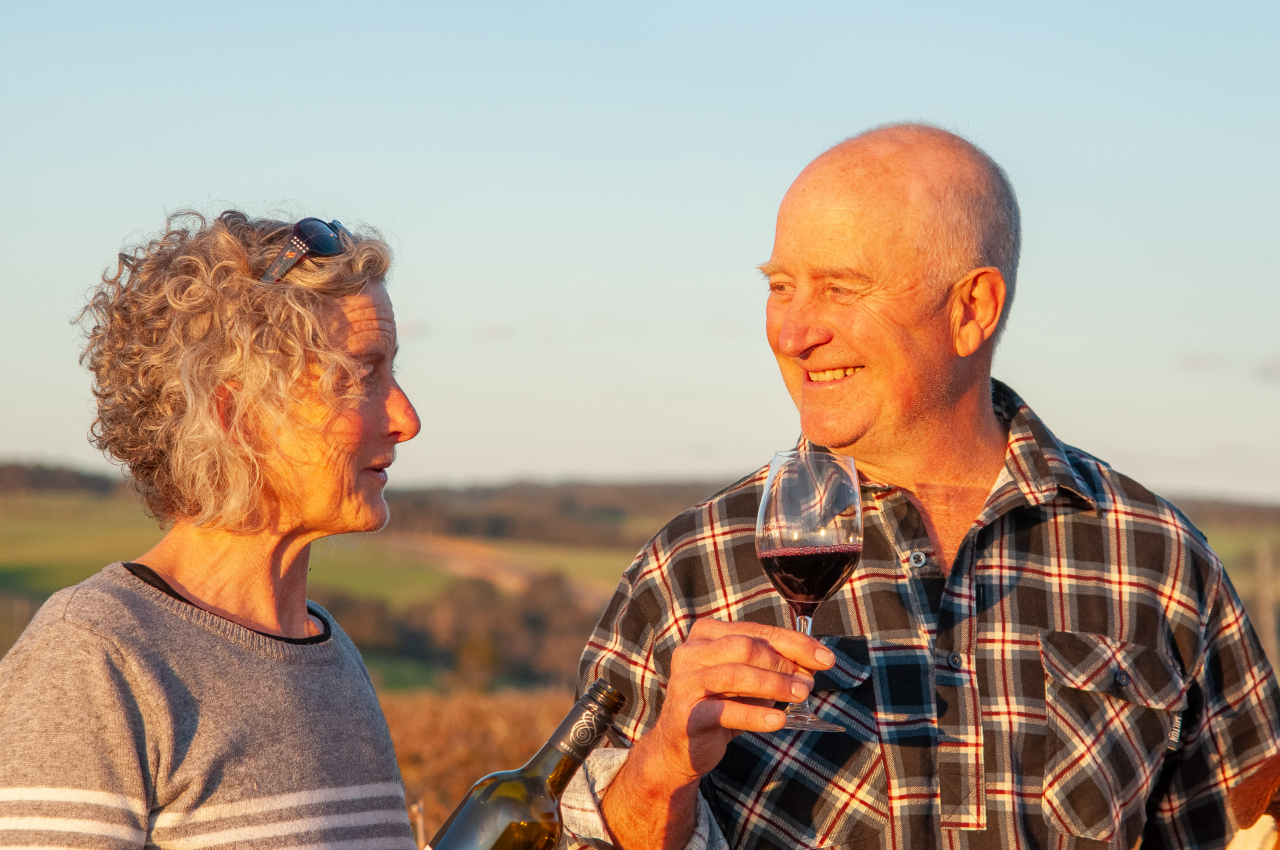 The Mount Trio vineyard was established in 1989 by winemaker Gavin Berry and his wife Gill Graham and is situated in the elevated Porongurups sub-region of the Great Southern in Western Australia. Gavin’s long-held love for the land and agriculture, developed as a child growing up on a northern NSW wheat farm, was the driving force behind the venture and today, Mount Trio represents a very personal expression of the Berry family’s life.

Named after one of the peaks in the stunning Stirling Ranges, the vineyard is a winemaker’s dream site, one of only a handful that borders the tiny Porongurup National Park. With an absolute northerly aspect, cooling breezes and gravelly loam soils, the gentle slopes also allow for good air movement and drainage. With typically warm dry summers and cool wet winters, these conditions have proven ideal for viticulture and this sub region is especially highly regarded for its suitability for Riesling & Pinot Noir.

Gavin and Gill run the vineyard on a regime of ‘low intervention’. The soils are low in fertility so there is not excessive vigour. The vines have a natural balance so the vineyard is not prone to disease risk and there is very little requirement for shoot thinning or reducing crop levels. The vines are low yielding (generally less than 3T/acre) with the fruit having great colour and flavour.

Today, Mount Trio has ~8 hectares/20 acres of vines, managed by Gavin & Gill along with some contract labour. The vineyard is now entirely planted to Pinot Noir, Riesling and Chardonnay; these varieties having proven to be the best suited to this site. The grapes for the other wines in the range are generally all from Mt Barker & Frankland River (the vineyards in these slightly warmer areas being more suitable for Cabernet & Malbec for example).

Gavin has been making wine in the Great Southern region for over 30 years; first as chief winemaker at Plantagenet Wines (1988 - 2004) and then at West Cape Howe Wines (2004 – current). With his wealth of knowledge and considerable experience, he has made a major contribution to the Great Southern’s reputation for the production of premium quality wines.

The Mount Trio label is a contemporary interpretation of the views from the vineyard.